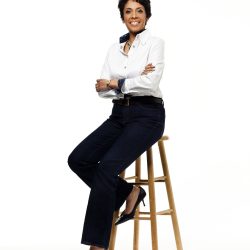 The 14th Annual GALEO Power Breakfast is one of the signature fundraising events for GALEO & the GALEO Latino Community Development Fund.

Thank you to our SPONSORS!

List of elected officials and candidates scheduled to be in attendance:

Anna Maria Chávez developed the leadership skills growing up in Eloy, Arizona, that would propel her into a career of public service. Her desire to transform the world through servant leadership led her to Yale University, before pursuing a juris doctorate at the University of Arizona. She held numerous posts in President Bill Clinton’s administration, and later returning to Arizona to serve then-governor Janet Napolitano. Her success led to her appointment as the CEO of Girl Scouts of the USA where she served from 2011-2016. In 2016, Anna was named as one of the World’s 50 Greatest Leaders by Fortune magazine, cited for her vision and creativity in working to revitalize the Girl Scout brand for a new century.

Elton Garcia Castillo, Current member of the GALEO Institute for Leadership Class of 2017

Elton Garcia Castillo is the son of Mexican immigrants who run a couple of local businesses in Gainesville, Georgia. He is a current junior pursuing a Bachelors in Finance from the Terry College of Business and a Legal Certificate at the University of Georgia. Elton is part of the GALEO Institute for Leadership, an active member of Association of Latino Professionals For America (ALPFA,) and he is a proud member of the Lambda Theta Phi Latin Fraternity, Incorporated.

Elton graduated from the University of North Georgia in 2015 with his Associate’s in Business Administration, where he served as President for the Latino Student Association and was a competitive debate participant in both English and Spanish formats of debate. Elton Garcia Castillo is a committed member of his community and he firmly believes that higher education is the key to success. He aspires to further continue his community work in politics and the nonprofit sector once he completes his studies. The following quote describes Elton’s approach to life, “It is not the years in your life that count, but the life in your years that do!”