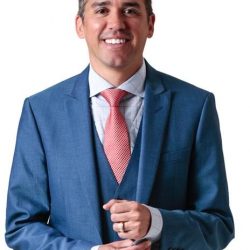 SOLD OUT!  Thank you all for your support!

Luis A. Miranda Jr., Founding Partner of the MirRam Group

Community Leaders expected to be  in attendance:

Helen Butler, Executive Director of the Coalition for the People’s Agenda

Michelle Sanchez, Member of the Hall County Board of Elections

Elected Officials or Representatives of their office:

Everton Blair, Candidate for Gwinnett County School Board of Education

Thank you to our sponsors!

Reservations are now being taken and will be made on a first come, first served basis. Reservations will be held only when payment is processed or received. Please see credit card link below.

Cristóbal previously served as Hillary for America’s National Deputy Director of Voter Outreach and Mobilization, where he helped manage efforts to register, persuade, and mobilize the core coalition groups that form the base of the Democratic Party: African Americans, Latinos, women, millennials, and organized Labor; as well as the Expansion States program to elect Democrats up and down the ballot in 37 states.

Prior to launching Latino Victory with Henry R. Muñoz III and Eva Longoria, Cristóbal spent more than five years in philanthropy serving at both the Open Society Foundations and the Ford Foundation. During that time Cristóbal led more than $60M in investments designed to increase political participation in communities that have been historically excluded from our democracy.

Before moving into politics, Cristóbal was a civil rights lawyer. He served as Director of the National Campaign to Restore Civil Rights, where he led a coalition of more than 100 organizations to raise awareness of the civil rights rollback and develop strategies to win in the federal courts and the United Nations. He also practiced civil rights law with a focus on police misconduct and First Amendment rights at the Seattle-based MacDonald Hoague & Bayless, one of the nation’s leading law firms.

A native of El Paso, Texas, Cristóbal received his J.D. from the University of Washington School of Law. Cristóbal is a proud at-large member of the Democratic National Committee. He also sits on the boards of the League of Conservation Voters, the Environmental Defense Action Fund, and the Sixteen Thirty Fund. He lives in D.C. with his wife Taí, and rescued pit bull Chelsea, and two cats, Valiente and Ricky Martin.

Luis A. Miranda Jr., Founding Partner of the MirRam Group 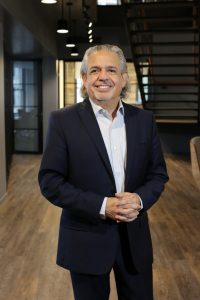 Luis A. Miranda Jr. is Founding Partner of The MirRam Group, a government affairs, lobbying and political consulting firm in New York City. He has previously served in three New York City mayoral administrations. Mr. Miranda is the Founding President of the Hispanic Federation and past chairman of the NYC Health and Hospitals Corporation. He is board chair of the Latino Victory Fund and the Northern Manhattan Arts Alliance. He is a board member of The Public Theater, The Gilder Lehrman Institute of American History, NYC & Company and the Amber Charter School Foundation.  Mr. Miranda chairs the advisory boards to Broadway League’s Viva Broadway, and the Caribbean and Latin American Studies Department at the CUNY Graduate Center. He earned his BA degree from the University of Puerto Rico and pursued graduate work in psychology at New York University. He and his wife Dr. Luz Towns-Miranda have been married for 39 years and have two adult children, Luz Miranda-Crespo and Lin-Manuel Miranda. They reside in the Manhattan neighborhood of Washington Heights/Inwood. 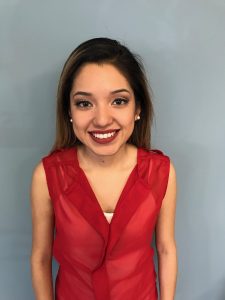 Jennifer Zenteno-Pearce is originally from Tlalnepantla, Mexico and proudly grew up in Zoquitlan, Puebla through the age of 7 before she was brought to Atlanta, Georgia in 2000.  After graduation Jennifer attended Georgia Perimeter College (GPC) and later transferred to Kennesaw State University to continue her Bachelor’s in Biochemistry.  During her tenure at GPC she served as a Senator for her school’s Student Government Association and was actively involved in the Latino Connections Club. She has also been involved with the Latin American Association for the past 9 years as a volunteer for summer camps and the Annual Latino Youth Leadership Conference.

Jennifer currently serves as GALEO’s Executive Associate. She firmly believes in the strength and potential of her community. One of the visionary leader’s she admires is Roberto C.  Goizueta who once said, “My story boils down to a single, inspiring reality … the reality that a young immigrant could come to this country, be given a chance to work hard and apply his skills, and ultimately earn the opportunity to lead not only a large corporation, but an institution that actually symbolizes the very essence of America and American ideals.”

Community is one of her core values and weekends are no exceptions as she enjoys serving at her local church. At home, she enjoys spending time with her two cats, Timmy&Lena and her loving southern husband and hopes to be an example of love and joy found in diversity. 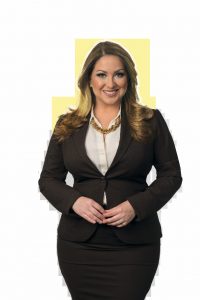 Amanda Ramirez has been the News Anchor for the Emmy-Award-Winning Noticias 34 Atlanta, newscast at 6pm and 11pm, since the inauguration of the newscast in 2011. During this time, Amanda has been recognized with 11 Emmy Awards, including in the News Anchor category and also awards for several investigative stories Amanda produced, edited and presented. At the same time she has been recognized along with the Noticias 34 team in various categories, including News Excellence.

Amanda has been part of the Univision family for 12 years. Between 2005 and 2011, she focused her journalistic work on local news of interest to the South Florida community both in print and broadcast journalism. She recently returned to Miami as one of four hand-selected journalists from across the United States, to assist the Univision Miami team during their continuous coverage of Hurricane Irma. During this week long visit to Florida Amanda successfully contributed to the uninterrupted coverage of the storm, both as a field reporter and a producer.

Aside from the Emmy Awards she has received for her work as a journalist, she is also the recipient of a Silver Angel Gabriel Award. As a student she was recognized by the National Association of Television Arts and Sciences, when she received their prestigious student scholarship.

Amanda participates in fellowships that have been recognized internationally. These include the Rosalynn Carter Fellowship for Mental Health reporting presented by The Carter Center. Amanda was selected as one of 10 journalists from around the world to be a fellow during 2012-2013.  She is also a fellow of The New York Times Institute on Education Reporting, which takes place at Columbia University in New York. She became a fellow 4 years ago.

Currently, when she is not anchoring Noticias 34 Atlanta, Amanda focuses on investigating and producing in-depth stories on health-related topics, an area she is deeply interested in. Her passion for health reporting has been recognized on several occasions when her stories SIDA, Sin VIH? (on chronic fatigue syndrome), Marihuana Medicinal (on medical marihuana), and Epidemia Recetada (on the current opioid addiction crisis), were recognized with Emmy Awards.