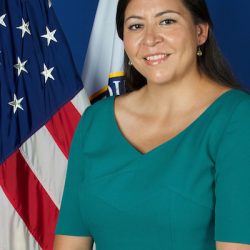 Thank you for your support!

You wouldn’t want to miss this event!

The 2016 Hispanic Heritage Month Luncheon is one of the principle fundraising events for GALEO & the GALEO Latino Community Development Fund.

Special remarks provided by:  Omar Rodriguez, Current Member of the GALEO Institute for Leadership Class of 2016

Please check out the pictures at the link below on facebook:

The re-cap video is here!

Reservations are now being taken and will be made on a first come, first served basis. Reservations will be held only when payment is processed or received. Please see credit card link below.

Group Tables – $750.00: Corporations or groups may purchase a table at the rate above for a table of EIGHT people.

EARLY Registration is NOW open at the following link (until Friday, September 23, 2016):

To do early registration by mail (Must be mailed by 09/23/16), please make a check to GALEO and send by mail to: GALEO, Attn: 2016 Hispanic Heritage Month Luncheon, P.O. Box 29506, Atlanta, GA, 30359.  Please include the names of the people attending the breakfast and also include an email contact for the people attending. In the check memo, please write “2016HH Lunch”.

Executive Director of the

Alejandra Ceja was appointed by the White House on May 6, 2013, to serve the president and secretary of education as the executive director of the White House Initiative on Educational Excellence for Hispanics.

As America’s largest and fastest-growing minority group, Latinos represent more than 11 million students in U.S. public schools, constituting more than 22 percent of all pre-K–12 students. Ceja will work closely with the Latino community and the President’s Advisory Commission on Educational Excellence for Hispanics to implement the goals and deliverables under Executive Order 13555, by which President Barack Obama renewed the initiative, and better align the work of the initiative with the Department’s cradle-to-career agenda.

For the three-and-one-half years prior to assuming this position, Ceja served as the chief of staff to Under Secretary of Education Martha Kanter. In that role, Ceja was instrumental in managing the under secretary’s personnel, budget and associated operations, including the operations of six White House initiatives, to support the president’s 2020 goal, what Secretary of Education Duncan calls the nation’s “North Star”: The United States will attain the highest proportion of college graduates in the world by 2020.

Prior to joining the Department, Ceja served as the senior budget and appropriations advisor for the House Committee on Education and Labor, chaired by Congressman George Miller. There, she drafted legislation in support of national service reauthorization—the Edward M. Kennedy Serve America Act—and worked on policy issues related to child nutrition, English language learners, migrants, Impact Aid and appropriations. From 1999 to 2007, Ceja was a program examiner for the White House Office of Management and Budget, where she helped formulate the federal budget for the Department of Labor and the Corporation for National and Community Service. Ceja has also worked for the Indianapolis Private Industry Council and with Congresswoman Lucille Roybal-Allard in her Washington, D.C., office.

A native of Huntington Park, Calif., Ceja holds a bachelor’s degree in political science from Mount St. Mary’s College in Los Angeles, and a master’s degree in public administration from Baruch College at the City University of New York. She is a graduate of the Congressional Hispanic Caucus Institute’s Public Policy Fellowship, the Presidential Management Fellows program, the National Hispana Leadership Institute and the National Urban Fellows program.

Brenda is the Principal Attorney at The Lopez Firm, LLC handling removal and family based immigration cases. Fluent in English and Spanish, Brenda seeks to incorporate immigration, civil rights, international law, and community development into the practice of law.

Brenda holds a law degree from Syracuse University with a National Security and Counterterrorism certificate and a bachelor’s degree from Georgia State University in Political Science and Sociology.  While in law school, she was a clerk for Georgia Legal Services Program, American Civil Liberties Union, and an intern for Trial Judge Laura Galvan Salgado for the First District Court of Morelos in Mexico. Currently, she is member of the American Immigration Lawyers Association, Hispanic National Bar Association, and Georgia Hispanic Chamber of Commerce.

Brenda is also involved in political, legal, and education advocacy. She is proud to serve as Vice-Chair of the Latino Caucus for the Democratic Party of Georgia. Among her lengthy volunteerism, she is most excited to be a G.E.D. instructor with the Marist School Adult Education Program.

Omar Rodriguez, Current member of the GALEO Institute for Leadership Class of 2016

Omar Rodriguez’s passion lies in higher education, law, and economics. As an advocate for higher education and political engagement, he is a first generation graduate that seeks to empower the Latino community to become more actively involved in the political process. He currently works as a Registrar Academic Advisor at the Georgia Institute of Technology where he advises students and academic advisors regarding rules, regulations, and academic policies.An Army Veteran that was born in Mexico, but raised in the Peach State. He has a Bachelor of Science in Economics from Georgia State University and is a brother of Lambda Upsilon Lambda Fraternity. He enjoys running, boxing, watching college football, and drinking coffee.

Self Parking is available