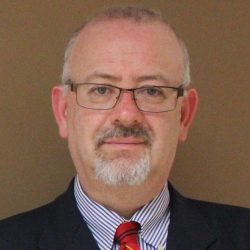 The 2017 Hispanic Heritage Month Luncheon is one of the signature fundraising events for GALEO & the GALEO Latino Community Development Fund.

For map and directions to the hotel, please follow this link.

Book reading by:  Former State Senator Sam Zamarripa (also former Chair of GALEO).  He will be reading from his literary debut book,  “The Spectacle of Let: The Oliet and The Obit”.  Read more about the book here.

Thank you for all who attended! Please become a member of GALEO here: http://tinyurl.com/GALEOMembership OR you can…

Thank you to our sponsors!

Elected officials, candidates for office or their representatives that were scheduled to be in attendance:

Ambassador of Mexico to the United States

President Enrique Peña Nieto named Gerónimo Gutiérrez Fernández Ambassador of Mexico to the United States on January 13th, 2017, and after his ratification by the Mexican Senate on February 23rd, he took possession of the embassy on March 2nd of the same year.

Gerónimo Gutiérrez Fernandez served as Managing Director of the North American Development Bank (NADB) headquartered in San Antonio, Texas, where his professional activity was focused on infrastructure development and financing along the U.S.-Mexico border. Under his leadership—centered on strategic planning, business development and project management—NADB grew its loan portfolio at an average annual rate of 32%, reaching US$1.4 billion in 2016, and placed several successful bond issues in the U.S. and European markets, while maintaining a strong financial position and AA credit ratings.

With a diverse 15-year career in the Mexican federal government, Gutierrez previously served in prominent positions in the areas of trade, finance, diplomacy and national security under four presidents. In 2009 and 2010, he served as Deputy Secretary for Governance and Homeland Security, where his main responsibilities were identifying threats to the country’s democratic governance and national security, and coordinating prevention and response measures. He was also part of the National Security Council’s Executive Committee.

From 2006 to 2009, he served as Under Secretary for Latin America and the Caribbean in the Secretaría de Relaciones Exteriores (State Department). In that capacity, Gutierrez was responsible for normalizing the Mexico-Cuba relationship following a period of strained relations, including the signing of agreements on migration and economic cooperation, as well as the re-establishment of ambassadors with Venezuela. He led Mexico’s negotiations with Mesoamerican countries (Mexico to Colombia) for the creation of the Mesoamerican Project (Proyecto Mesoamerica), a multilateral cooperation mechanism for the development of regional infrastructure. Also, he actively worked, along with other government agencies, on strengthening security and anti-narcotics cooperation with several Latin American and Caribbean countries.

As Under Secretary for North America, from 2003 to 2006, he coordinated day-to-day trilateral and bilateral affairs with Mexico’s North American partners (United States and Canada) and supervised the operations of over 50 Mexican consular offices in the region. He led negotiations for the creation of the Security and Prosperity Partnership for North America (SPP)—a prelude to the present day North American Leaders Summit—and also worked closely with other agencies on border and regional security cooperation with the U.S. and Canada.

On the political front, he worked as part of President-elect Vicente Fox’s transition team; as Director of the Miguel Estrada Iturbide Foundation, the think-tank wing of Mexico’s center-right party, PAN (Partido Acción Nacional); and as Chief of Staff of the party’s Parliamentary Group.

Gutierrez holds both a B.A. in Economics and a B.A. in Political Science from the Instituto Tecnológico Autónomo de México (ITAM) and a Master’s in Public Administration from Harvard’s John F. Kennedy School of Government, for which he received a Fulbright-Garcia Robles Scholarship.

He has contributed editorials to several Mexican and U.S. newspapers and magazines, and also participates regularly as a keynote speaker in conferences related to U.S.-Mexico relations, border affairs and international business.

Introduction of Keynote Speaker by:

Javier Díaz de León holds a Bachelor’s Degree in International Relations from the Universidad Iberoamericana in Mexico City. He also earned a Master of Arts in International Conflict Analysis from the University of Kent at Canterbury in England. Since 1991, he is a member of the Mexican Foreign Service, and holds the rank of Ambassador since April 28th, 2017. During his professional career he has served as: Deputy Consul General in San Diego; Deputy Consul General in New York, Head of the Office for Migration and Hispanic Affairs at the Mexican Embassy in the United States, and Executive Director of the Institute for Mexicans Abroad at the Mexican Ministry of Foreign Affairs. From June 2013 to May 2016 he served as Consul General of Mexico in Raleigh, NC. On May 2016, he was appointed by President Enrique Peña Nieto as Consul General of Mexico in Atlanta, Georgia, where he is serving in this position since June 18, 2016.

Karín López Sandiford, Current member of the GALEO Institute for Leadership Class of 2017 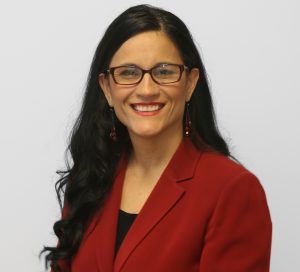 Karín López Sandiford was born in São Paulo, Brazil and comes from a global background. Her father is Peruvian-Inca and mother Brazilian-Italian-Austrian and she is a native Portuguese & Spanish speaker. In her 20+yr. career she’s held several corporate leadership positions becoming an expert in bridging strategy to results through technology solutions in diverse industries, including automotive, Industrial Manufacturing Solutions, media and Banking Industries. Her areas of expertise include: Delivery Management in the technology space, digital banking, system/software implementations, technical project management, global supply chain, and business process improvement.

Today, Karín is a business owner harvesting digital product innovation within Latin Markets as managing partner of LATAM INNOVATION, LLC. As an entrepreneur, her message ignites others into action. She combines the corporate perspective with that of a minority, woman and mother of four to fuel her entrepreneurial spirit. She is driven by a passion to empower others to become solution-minded and fearlessly tackle business problems that seem impossible. Her personal mantra, “Failure is not an option; Let’s figure it out together!” is contagious.

She holds Bachelor Degrees in Business Economics & Humanities Philosophy from the University of TN in Chattanooga, completed 2 years of Mechanical Engineering and recently graduated from Emory Goizueta Business School with an Executive MBA which she obtained through a scholarship given to leaders of the Georgia Hispanic Chamber of Commerce. Karín is a Certified Scrum Master, ITIL Certification, PMP, and has advanced training in Global Negotiation, Lean Manufacturing, Leadership & Management.

Reading from his literary debut.

The Spectacle of Let – the Oliet and Obit

Open Samuel Zamarripa’s debut novel, The Spectacle of Let – the Oliet and Obit, and embark on a literary journey through the imaginative work of his protagonist, Otto Cristóbal Almeida, and his mysterious manuscript, The Voice of the Looking Mountains, a book within a book.
Almeida has fantastic story to tell about Creation and the first spoken word of God. It is a tale spun from the boundless stories of his numinous paramour, Niva Miramontes, who speaks with uncommon conviction. “In the beginning,” she insists, “God said ‘Let,’ and the rest is just a spectacle.”

From a mysterious monastery in Veracruz, Mexico, to an overnight cruise on the majestic Hudson River, Miramontes reveals her heavenly gift of parable. Weaving together the generational saga of the Portuondo family—their salacious past and their journey to redemption—Niva’s tales captivate Otto.
Overwhelmed by Niva’s spellbinding words, Otto falls into the clutches of an Oliet—a dream’s dream, a place where fiction invades life, yielding truth of a different kind. His book languishes and finally lands on the desk of his brooding editor, L. Rand Bonarias, who plunges into the unfinished manuscript and discovers that while Otto’s love story may be a literary gimmick, his unbelievable account of the story of Creation and Niva Miramontes is more than artful prose.

A gospel of fantastic spirituality and abiding love, The Spectacle of Let – the Oliet and Obit, reimagines the marvel of Creation and the unbound possibilities of a single word. 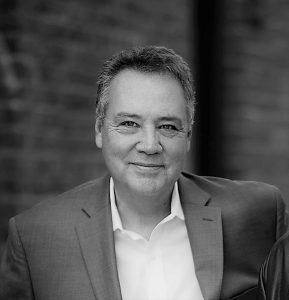 He has a distinguished record of community leadership and service including two terms as a State Senator. Active in both philanthropy and higher education he serves as Trustee at the Annie E. Casey Foundation of Baltimore, MD and Syracuse University of Syracuse, NY.

Zamarripa holds a BA from New College of Sarasota, Florida and a Masters of Public Policy from the Maxwell School of Citizenship at Syracuse University. He is lives in Atlanta, Georgia with his wife Robin D. Zamarripa and has two grown children. He is currently the CEO of a Technology company. For more information visit: www.zamarripa.com

NOTE:  He is also founding Chair and former member of the GALEO Board of Directors. 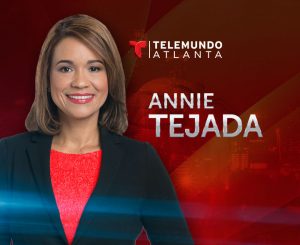 Tejada has over 15 years of vast broadcast journalism experience as a reporter, host, anchor, and director from various news agencies in the Dominican Republic, Puerto Rico and the United States. Highlights in Tejada’s career includes being an anchor and special investigative reporter for Telemicro, one of the largest communication institutions in Dominican Republic. She has received the Overseas Press Club Award for best investigative reporting on Albinism in Puerto Rico. She also conducted exclusive interviews with Dominicans confined in La Cucharas prison. Prior to Telemundo Atlanta, Tejada produced and directed Nuestra Comunidad, the only Spanish-language television program in Hilton Head, South Carolina.

Tejada is married with two children and resides in Alpharetta. Her favorite past time is baseball.