Graduates join 678 alumni of the GALEO Institute for Leadershi 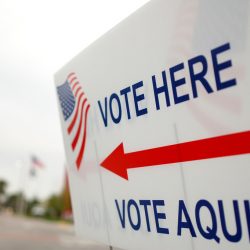 WHEN SHOULD WE VOTE?

When do people vote? 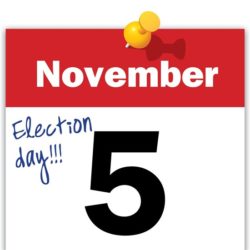 Most people are familiar with midterm and presidential elections. 2019 is also an election year; this year cities are having municipal elections. It is important to consider voting in the municipal elections as these council members will create policies and regulations that will specifically benefit your city. The decisions that local governments make directly affect you as a voter as they are responsible for public transit, alcohol ordinances, school quality, etc. Your vote will make a difference in your community and your life. For more information on who your candidates are, the following municipalities will be having elections November 5, 2019: Doraville, Gainesville, Smyrna, and Norcross. Meet your candidates:

October 4, 2019 (Athens, GA) – The Richard B. Russell Library for Political Research and Studies at the University of Georgia Libraries and the Georgia Association of Latino Elected Officials (GALEO) and GALEO Latino Community Development Fund (LCDF) announce a statewide initiative to document the contributions the Latino and Hispanic communities have made to the landscape of modern Georgia politics.  To ensure the most comprehensive documentation and accessibility of the political history of all of Georgia’s citizens, the Russell Library and GALEO will work to identify and document people and organizations representing the interests of the Latino and Hispanic communities. This effort will preserve traditional records and manuscripts and capture oral histories with elected officials, activists, and business leaders.

Atlanta, Georgia, October 3, 2019… The Anti-Defamation League (ADL) and the Georgia Association of Latino Elected Officials (GALEO) strongly condemn Gwinnett County GOP’s speaking invitation to D.A. King, someone who vocally supports and spews irrational hatred against immigrants, as the keynote speaker for their upcoming meeting. A nationally known figure who proudly touts racist and anti-Hispanic views, D.A. King has a long history of using words of hatred.

GALEO Members and Supporters Make up 30% of the List

Atlanta, GA – September 9, 2019 – It is that time of the year again- The Georgia Hispanic Chamber of Commerce has revealed their annual “50 Most Influential Latinos in Georgia” for 2019! It is an honor to see several members from our GALEO Familia receive recognition for their admirable community work.

The list of nominees includes members both past and present, including our GALEO Institute for Leadership (GIL) Alumni, GALEO Leadership Council (GLC) Alumni, former and current board members, active GALEO members & GALEO supporters.

We would like to congratulate all of our GALEO members and to all others on the list! 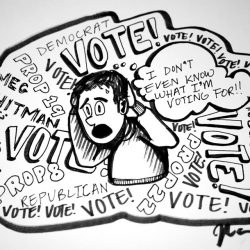 According to the U.S. Census Bureau, in 2016, approximately 1 in 7 American citizens who were of voting age self-reported that they were not registered to vote.Not being registered to vote is one of the many impediments that prevent eligible participates from voting. Individuals may even feel discouraged to vote due to reasons ranging from feeling uninformed on current elections to not have having time to wait in line to vote. Addressing these issues can make an individual’s voting experience far more accessible. Read below for easy fixes for the most common voting issues!

Open Letter/Letter to the Editor

On July 31, 2019, Gwinnett County Commissioner Marlene Fosque hosted a town hall meeting centered around the controversial 287(g) program. The commissioner promised neutrality on the issue but failed to deliver when Gwinnett County Sheriff Butch Conway sent D.A. King to speak on his behalf. Beyond the hypocrisy of sending a representative from an anti-immigrant group to speak about a law that targets immigrants, there is concern that King’s participation at the community meeting validates and normalizes anti-immigrant sentiment in Gwinnett County.