“GALEO applauds the Mayor of Atlanta’s leadership and vision to make the City of Atlanta an international destination and place to call home for New Americans. With the implementation of 20 of the recommendations developed by the Welcoming Atlanta Working Group, it demonstrates a strong commitment to make Atlanta more diverse, more competitive and a great place to live for all residents. 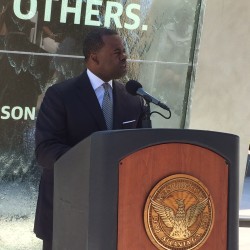 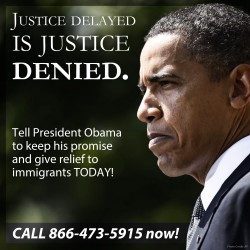 Washington, DC – As news reports today confirm, President Obama will officially delay his announcement on executive action until after the 2014 elections. Following is a statement from Frank Sharry, Executive Director of America’s Voice:

“We are bitterly disappointed in the President and we are bitterly disappointed in the Senate Democrats. We advocates didn’t make the reform promise; we just made the mistake of believing it. The President and Senate Democrats have chosen politics over people; the status quo over solving real problems. To paraphrase the revolutionary writer Thomas Paine, these politicians are simply sunshine opportunists, who expect Latino voters to support them in good times, but when the going gets tough, they abandon Latinos and their issues as fast as you can say piñata. 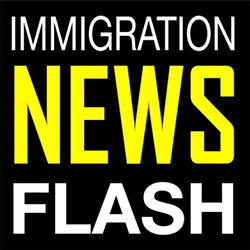 “GALEO is very disappointed with President Obama’s political decision to delay immigration relief to immigrant families and communities. Despite President Obama’s promise on June 30th that he would act on his own at the end of the summer because of the lack of leadership and inaction in the U.S. House of Representatives, the President has chosen to break yet another promise to the Latino and immigrant communities. 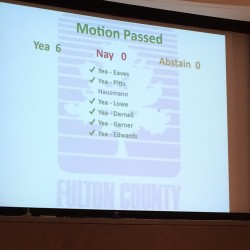 Sent on behalf of the U. S. Commission on Civil Rights, State Advisory Committee in Georgia

September 3, 2014 (ATLANTA, GA) – The Georgia Advisory Committee to the United States Commission on Civil Rights released today a report on immigration reform. In its report to the Commission, the Georgia Advisory Committee urged the Congress and the President to act without further delay to permanently reform the nation’s broken immigration system.

In issuing its report, the Georgia Advisory Committee recommends that the Commission address this issue as a priority, and urges members of the Georgia Congressional to join with the Commission in reforming the country’s immigration laws in a manner that will improve public safety, provide fairness and equal opportunity in the market place, maintain family unity, allow for the children of undocumented immigrants to aspire to higher education, and permit the free expression of religion. 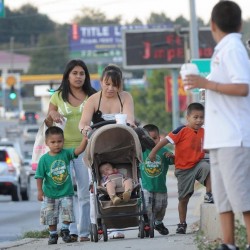 Found in america.aljazeera.com
Written by Azadeh Shahshahani
Posted on 08/08/2014

In June 2011 while traveling on Lawrenceville Highway in Gwinnett County, Georgia, Bonnie Horton and her husband were stopped at a roadblock and surrounded by uniformed officers and police vehicles. Bonnie remembers seeing at least five cars pulled over on the side of the road and young children and babies in at least two of those cars. 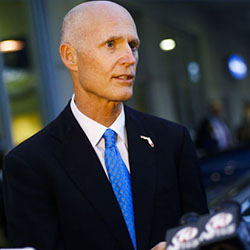 I interviewed Melissa Vargas four years ago in the spring of 2010. The Groves High School graduate had just been awarded a four-year congressional scholarship to attend the United States Military Academy (USMA) at West Point, New York.

West Point has produced more than its share of military heroes as well as national business and political leaders so there was lots of prestige attached to Melissa’s appointment. The fact that she was both Latina and the first member of her family to attend college made her story even more interesting. A first-generation American citizen, both her parents are from Mexico (her father was born in Guadalajara and her mother in San Luis Potosi).

Found in theatlantic.com
Written by Major Garrett
Posted on 2014-07-07

More than a dozen center-left and hard-left immigration groups sent representatives to what sounded like another uninspiring strategy session in the White House’s Roosevelt Room with senior Obama adviser Valerie Jarrett and Cecilia Munoz, head of the Domestic Policy Council.

It was early on the afternoon of June 30, and none of the participants seated around the long rectangular table had any inkling President Obama was pissed. They would soon find out. Moreover, they would discover, to their surprise, that Obama was no longer pissed at them, but with them.