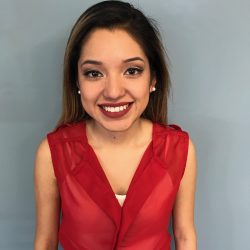 Jennifer Zenteno-Pearce is originally from Tlalnepantla, Mexico and proudly grew up in Zoquitlan, Puebla through the age of 7 before she was brought to Atlanta, Georgia in 2000.  After graduation Jennifer attended Georgia Perimeter College (GPC) and later transferred to Kennesaw State University to continue her Bachelor’s in Biochemistry.  During her tenure at GPC she served as a Senator for her school’s Student Government Association and was actively involved in the Latino Connections Club. She has also been involved with the Latin American Association since High School as a volunteer for summer camps and the Annual Latino Youth Leadership Conference.

Jennifer currently serves as GALEO’s Program Coordinator for Leadership Development and GALEO’s Citizenship initiatives. She firmly believes in the strength and potential her community has to make change through civic engagement and leadership. One of the visionary leader’s she admires is Roberto C.  Goizueta who once said, “My story boils down to a single, inspiring reality … the reality that a young immigrant could come to this country, be given a chance to work hard and apply his skills, and ultimately earn the opportunity to lead not only a large corporation, but an institution that actually symbolizes the very essence of America and American ideals.”