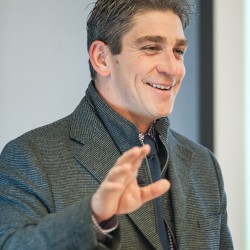 Richard Blanco (born February 15, 1968) is an American poet, public speaker, author and civil engineer. The fifth poet to read at an inauguration, he was the inaugural poet for Barack Obama’s second inauguration. He is the first immigrant, the first Latino, the first openly gay person and the youngest person to be the U.S. inaugural poet.